Copyright: © © 2020 Mumtaz H. This is an open-access article distributed under the terms of the Creative Commons Attribution License, which permits unrestricted use, distribution, and reproduction in any medium, provided the original author and source are credited.

Methodology: 643 neonates admitted in Neonatal ICU were selected. The most important causes of admission and mortality were analyzed. Birth weight was categorized into strata, based on the WHO definitions with ELBW, VLBW, LBW, IBW, ABW or MACR. Statistical tools used were SPSS Version 21.

Conclusion: Our research has demonstrated that the percentage mortality is 70 % in neonates with LBW. It confirms the association between LBW and mortality, which is a measure of mortality risk in resource-constrained settings, especially in developing countries like Pakistan. Improved care for those born with LBW is needed to ensure the well-being of such infants and hence decrease the mortality risk.Keywords: neonates, Low birth weight, adequate weight, macrosomic, neonate

Introduction
Neonatal mortality is an important indicator of public health for countries  around  the  world  [1].  With   an   estimated   298,000 neonatal deaths annually and a reported neonatal mortality rate of 49 per 1000 live  births, Pakistan accounts for  7 % of global  neonatal deaths. Infection (36 %), preterm birth (28 %) and birth asphyxia (23 %) account for 87 % of neonatal deaths worldwide [2]. This is a large number compared to many western countries i.e In the United States in 2017, the neonatal mortality rate was 3.8 per 1,000 live births [3]. Low birth weight (LBW) as defined by the World Health Organization is a birth weight of lower than 2.5 kg [4]. LBW births are more common in low-income countries. As per 2015 statistics, there were about 20.5 million LBW births worldwide, nearly three-quarters of them were in South-Asia and Sub-Saharan Africa. The two main reasons for LBW are preterm birth, intrauterine growth restriction (IUGR), or a combination of these two [5]. Low birth weight can be an appropriate measure of mortality risk in resource-constrained settings, especially in developing countries. A number of studies have linked NMR with LBW. Interestingly, the data varies with each country.

Hence, in this study, we aim to investigate any possible correlation between NMR and LBW. Accurate birth weight data and its association with mortality will not only help to improve child health care but also spread awareness about it. Furthermore, it would help to identify the most appropriate intervention in a given setting. Targeted measures to examine the reasons for LBW and then actions to improve care for those born with LBW are needed to ensure the well-being of such infants. And if an association is confirmed it might help us to achieve the Millennium Development Goal of lowering under-5 mortality.

Material and Methods
This cross-sectional study was carried out in the department of Pediatrics, Holy Family Hospital, affiliated with Rawalpindi Medical University, Pakistan. The data was collected during the month August 2020. A total sample size of 643 was achieved.

This institute is situated in the heart of Rawalpindi city. Rawalpindi is a city and capital of Rawalpindi Division located in the Punjab province of Pakistan. It is the fourth-largest city proper in Pakistan, while the larger Islamabad-Rawalpindi metropolitan area is also the country's  fourth-largest metropolitan area. Rawalpindi is adjacent to  Pakistan's capital  of Islamabad, and the two are jointly known as the "twin cities" on account of strong social and economic links between the cities [6]. It has a population of 2,098,231 having an area of 259 km [7]. The Rawalpindi district is divided into seven tehsils, these are Gujar Khan, Kahuta, Kallar Syedan, Kotli Sattian, Murree, Rawalpindi  and  Taxila  covering  a  total  area  of 5,286 km2 and having a population of 4,500,000.

The database processing and analyses were performed by the Statistical Package for the Social Sciences (SPSS) - version 21. Ethics approval for the collection of data included in this study was granted by the Ethics Committees of the Department of Pediatrics, Holy Family Hospital, Rawalpindi. 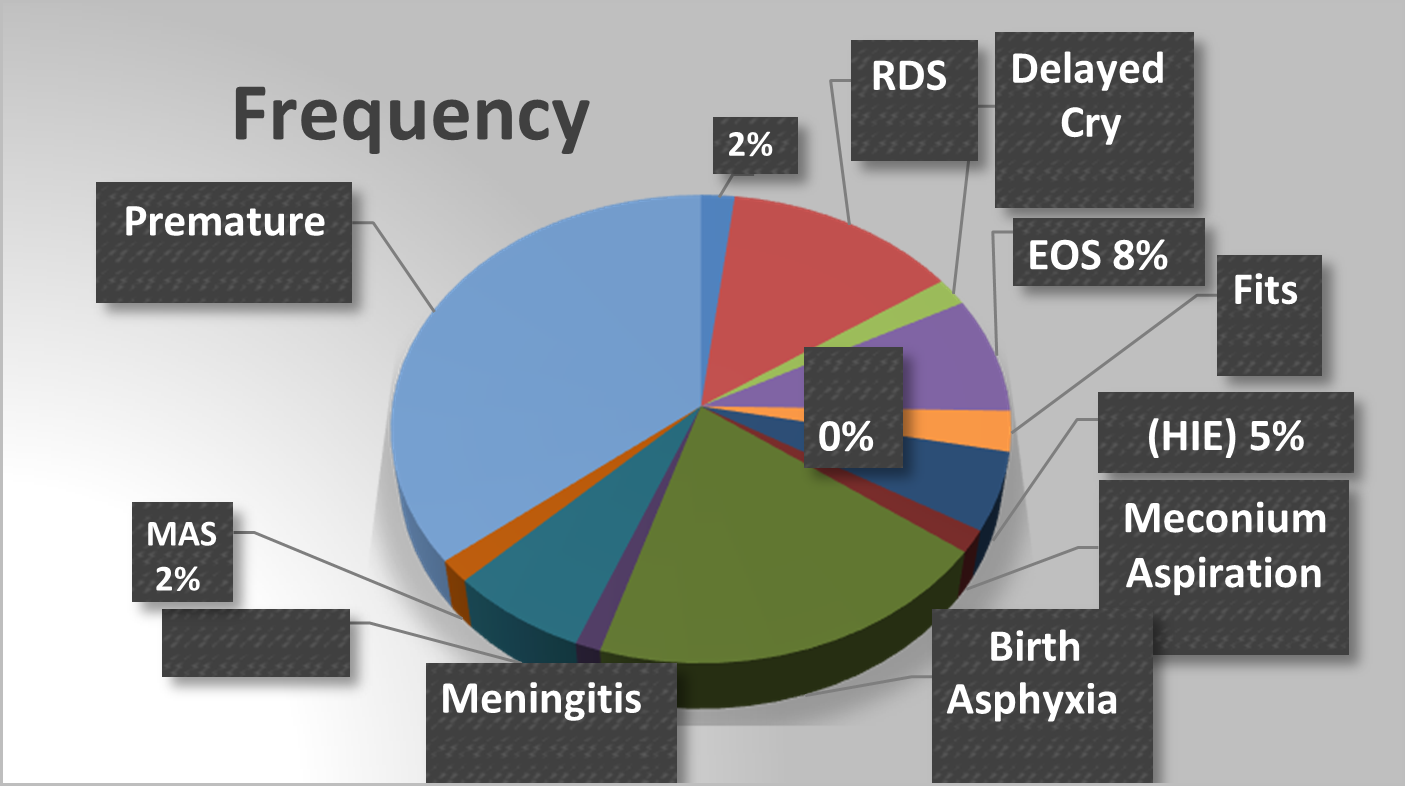 Table 3: Prognosis of the neonates admitted in NICU.

Discussion
Regarding the risk of neonates mortality, all newborns with strata weighing less than 3000 g presented higher risk when compared with those of adequate birth weight (3000 - 3999 g). Our research has demonstrated that the percentage mortality is 70 % in infants with LBW, 63.5 % in male babies and 36.5 % in female babies. It confirms the association between LBW and mortality. A similar study has demonstrated that newborns with extremely low birth weight were 200 times  more  likely to die in the first year of life [9].

According to a study done in Ghana, 2016 showed that the Mortality declined with age but was consistently higher for low- birth-weight neonates than for normal-weight neonates. Age- specific illness rates increased over time. Upon adjustment for other factors, birth weight was not associated with infant illness overall although the association varied significantly with time  (P = 0.0013). Compared with normal weight infants,  infants born weighing 1.50 - 1.99 kg and less than 1.50 kg had higher illness rates in the neonatal period.Previous researches have documented that educated women are less likely to have a LBW baby and maternal education has a 33 % protective effect against LBW [10]. This has been observed in similar low-resource settings such as Nepal [11] and Bangladesh [12], and in another study from Pakistan [13]. We also found  that illiteracy was associated with LBW delivery, which is likely related to reduce service utilization and less knowledge of positive health behavior. Improving access to education for young girls will address this issue. Increasing health literacy among illiterate women is complex and requires additional resources directed toward individual counseling [14,15].

A study conducted in rural areas of Pakistan during 2017  showed that nulliparous mothers were more likely to deliver LBW babies compared to multiparous women. This finding was in agreement with previous meta-analyses [16,17] showing that nulliparous women are consistently more likely to have LBW babies compared to their multiparous and grand multiparous counterparts. Several hypotheses have been put forward to explain this association, including the biological immaturity of young mothers and maternal - fetal competition for nutrients in women still trying to achieve their own growth potential [18,19]. In a study conducted during 2001 in Totowa, New Jersey shows that developed countries, preterm birth generates high health care costs, particularly for neonatal intensive care, which is often required for many months for infants born extremely preterm (< 32 wk gestational age) [20,21]. Severely growth restricted infants are at increased risk of neonatal death and significant short-term morbidity from hypoglycemia, hypocalcemia and polycythemia [22].

A study conducted in Dhaka, Bangladesh 2001 showed the majority of LBW neonates in developing countries are small-for- dates rather than preterm [23], and the high prevalence of LBW can be explained mainly based on IUGR. For this reason, IUGR has become a focus for potential interventions, two assumptions being that: (i) intra- uterine growth may be more tractable to interventions than preterm labor (although the degree of tractability remains questionable and there are over- laps in etiology between the two areas); and (ii) its numerical dominance in the etiology of LBW means that interventions to reduce IUGR will pay dividends in terms of outcome [24]. This second assumption may be valid in the context of  later morbidity, since IUGR may have effects on childhood growth, cognitive development and subsequent diseases in adulthood [25-27].

It also shows that VLBW is strongly associated with high mortality. VLBW neonates made up only 7 % of the LBW total, but accounted for a third of deaths and had a mortality rate of 780 per thousand live births. Like VLBW, lower gestational age at birth also carries a high mortality risk (769 per thousand live births at less than 32 weeks). More interesting, perhaps, is that  75 % of all deaths occurred in preterm neonates, even though they constituted only a third of all LBW babies [27].

Conclusion
Low birth weight is an appropriate measure of mortality risk in resource-constrained settings, especially in developing countries like Pakistan. Targeted measures to examine the reasons for LBW and then actions to improve care for those born with LBW are needed to ensure the well-being of such infants and hence decrease the mortality risk.

Acknowledgement: The authors are deeply indebted to Dr. Tariq Saeed, Associate Professor and Head of Paediatrics Department, Holy Family Hospital for his motivation to initiate and complete this project successfully.

Conflict of Interest: This study has no conflict of interest to be declared by any author.

Conflict of Interest: There is no conflict of interest to declare.