Copyright: © © 2021 Mingxing Ding. This is an open-access article distributed under the terms of the Creative Commons Attribution License, which permits unrestricted use, distribution, and reproduction in any medium, provided the original author and source are credite

Introduction
With the aging population, health concerns among older adults have garnered increasing attention. Cognitive decline is one of the most common age-related health issues. Mild cognitive impairment (MCI) is a clinical condition that falls between normal aging and dementia on the spectrum of cognitive decline and is a strong predictor of Alzheimer’s disease (AD) [1,2]. The incidence of senile MCI is inadequately documented, and the condition is poorly understood by the public; 94.8 % of patients with senile MCI reportedly believe that the occurrence of cognitive dysfunction is a normal manifestation of aging [3]. Moreover, many patients with senile MCI do not receive effective community intervention or healthcare services.

MCI has been associated with high morbidity and decreased quality of life (QoL) in older patients [4], highlighting the need for interventions that can slow the decline of cognitive function and QoL.The main therapeutic avenue for MCI involves the use of cognitive, non-pharmaceutical interventions [5]. Exercise and competitive sports reportedly postpone the conversion of MCI to AD [6,7] and positively influence activities of daily living (ADL) and emotional stability [8,9].

Considering the prevalence of MCI and factors influencing its onset in the community of Jinhua City, this study sought to clarify the efficacy of cognitive interventions in treating rural patients with MCI in China. Specifically, we designed a community treatment program comprising group education and personalized guidance based on cognitive intervention, disease education, exercise regimens, diet counseling, and psychological support [3,4]. We evaluated the effects of this intervention on cognitive function and QoL in rural patients with MCI. We aimed to facilitate the development of accessible intervention strategies for geriatric nursing in the community.

Materials and Methods Patient selection
We recruited 100 patients with MCI from the Jindong (n = 55) and Wuchang (n = 45) districts, which comprise Jinhua City and its outskirts, based on an earlier prevalence study [3]. The study was approved by the Medical Ethics Committee of Jinhua Polytechnic, Jinhua, China (approval number: JHYXY20150411) and conducted in accordance with the tenets of the Declaration of Helsinki. A total 100 participants were allocated by using the random number table method to two groups: control and experimental. The selection criteria were as follows: 1) age ≥ 60 years; 2) met the diagnostic criteria for MCI; and 3) were willing to participate in this study as indicated by the provision of informed written consent. The exclusion criteria were as follows: 1) severe mental disorders; 2) severe viscera pathological changes, such as kidney or heart failure; and 3) impaired mobility.

Interventions
The Experimental group
The intervention group received systematic community MCI intervention for 6 months, which included group education and individualized instruction. The intervention included education regarding MCI basic knowledge, cognitive training [4], health education, diet counseling, exercise, and psychosocial support. Cognitive function training is mainly based on memory training combined with thinking training. The patients were asked to read a newspaper or watch TV news for half an hour every day. We toldthe relatives or close contacts of the participants about the main methods to strengthen memory exercise and suggested that they do some simple calculations while shopping, play card games, play chess, and do graphics and other thinking training activities for 5-10 minutes every day. For doing exercise, the participants were provided with some right guidance to choose the appropriate exercises, such as walking, square dancing, tai chi, and so on. The exercise was done for half an hour, 3-5 days a week. Finger exercises were done for 10 minutes every day. Dietary guidance was done to encourage the subjects to consume more soy products, whole grains, walnuts, and green tea and have fewer pickles and greasy foods. Psychosocial support was done to ensure that participants actively participate in family activities such as doing housework and planting flowers. The participants were asked to maintain a positive attitude and encourage social activities for 2-3 times a week, such as playing mahjong, going to parties, and getting together with friends.

The intervention combined group education with individualized guidance. Group education was based on community lectures and health education manuals, and the participants’ family members or primary caregivers were required to be fully involved. Primary caregivers were required to attend all intervention sessions. Personalized guidance was developed by evaluating, guiding, assessing, and modifying the program according to everyone’s situation and existing health problems, resulting in a tailored intervention program.

One-hour group education sessions covering basic knowledge about MCI, as well as the practice and guidance of community system interventions, were implemented once a week for the first 8 weeks. Between weeks 9 and 12, a community doctor and nurse of the research group conducted home visits lasting 0.5 hours, once per week, to evaluate the patients’ individual living conditions and existing health problems, and to formulate the individualized intervention program. Between weeks 13 and 20, community nurses visited patients each week for 0.5 hours to evaluate their training compliance and provide modifying guidance. Between weeks 21 and 24, the interviews were conducted once every 2 weeks to offer emotional support and address any problems. The total exposure time between professionals and participants in the intervention group was 14 hours (8+2+4).

The Control groups
The control group was provided with 6 months of general community health education [11], which comprised published information concerning MCI, or an explanation given by a community physician. Doctors and nurses at the community health service center concurrently provided guidance to the patients regarding their healthcare management, including publicity and education on disease knowledge and prevention in the community bulletin board, common disease management, and life guidance from doctors and nurses in the community health service center [11]. During the study, participants in the control group attended weekly general social intervention activities and were provided with health education manuals concerning MCI. These interventions lasted 1 hour each during the first 8 weeks. At weeks 9–20, routine chronic disease management and life guidance interventions lasting 0.5 hours each were performed by community physicians and community nurses every 4 weeks; subsequently, participants were given MCI health education manuals for self-management. The total exposure time between the professionals and participants in the control group was 14 hours (8+6).

Evaluation measures
The Montreal Cognitive Assessment (MoCA) was used to evaluate cognitive function before the intervention and at 1,3, and 6 months after the intervention. The MoCA, compiled by Noureddine et al. [12], includes eight cognitive assessments of visuospatial abilities, naming, memory, attention, verbal fluency, abstraction, delayed recall, and orientation. The total possible score is 30, and a higher score indicates better cognitive function. The original MoCA has a reported sensitivity of 0.9 and a specificity of 0.87.9 The Chinese version of the MoCA has a reported Cronbach’s alpha of 0.818 and test-retest reliability of 0.857[13]. Every questionnaire was scored and collected by trained researchers. All questionnaires were collected before and after the intervention.

The Quality of Life in Alzheimer’s Disease (QOL-AD) scale was developed by Logsdon et al [14]. and contains 13 items that evaluate physical health, mental health, emotional well-being, living environment, memory, family, marriage, friends, housework, career, and economic status. The QOL-AD assesses the current QoL in people with cognitive impairment. As items are scored using a 5-point Likert scale, the total scores range from 13 to 65; scores on individual items range from 1 to 5, where 1 and 5 indicate very poor and very good, respectively. The internal consistency (Cronbach’s alpha coefficient) and the retest reliability of the Chinese version of the QOL-AD has been reported as 0.925 and 0.848, respectively [15].

Statistical analysis
The statistical analyses were performed using SPSS 22.0. Mean and standard deviation were used to describe the participants’ MCI- related knowledge, regular life activities, cognitive function, and quality of life. The T-test and chi-square test were used to analyze differences between continuous-data and classified-data groups. A repeated-measures ANOVA was used to compare cognitive function and QoL between the two groups. P < 0.05 was considered to imply a statistically significant difference. 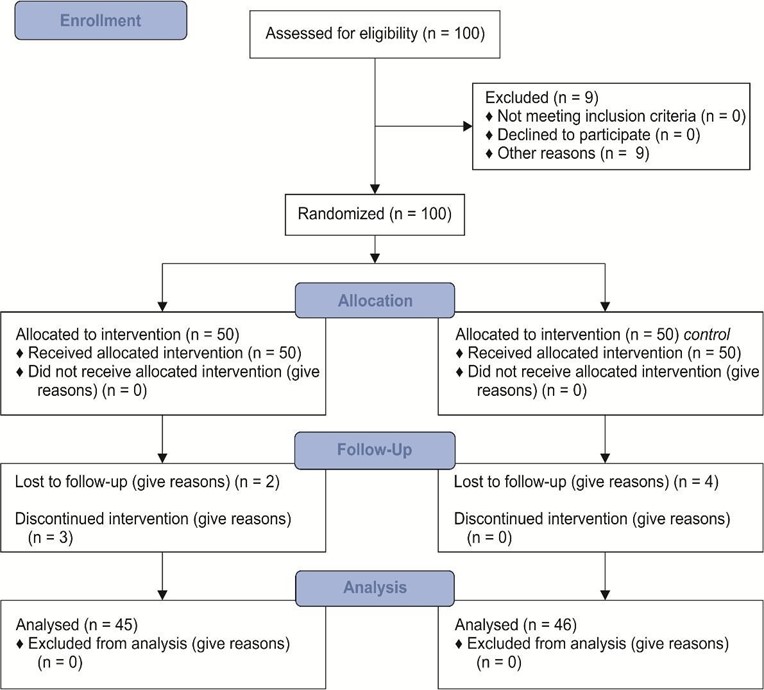 Table 2: Between-group comparison of the MoCA and its dimensions before and after the intervention (mean ± SD)

Table 3. Between-group comparison of the time × group effects before and after intervention

Other studies have confirmed the effectiveness of cognitive training to maintain cognitively function in older adults [18,19], highlighting its benefits for their quality of life, especially in social activities and depressive symptoms [20]. Cognitive rehabilitation training conducted by Kurz et al [21]. resulted in the improvement of daily living ability and memory, as well as more positive emotions in patients with MCI. Apart from cognitive training, the present intervention program also involved exercise, social activities, and finger gymnastics. In addition to allowing the patients opportunities to communicate with one another and thus engage in social activity, these exercises may have stimulated individual thinking, activated brain activity, and helped to postpone cognitive hypofunction. Indeed, progressive aerobic training has been shown to improve mobility in older adults with mild subcortical ischemic vascular cognitive impairment by maintaining intra-network connectivity of the frontoparietal network [22]. Further, long-term regular practice of physical exercises, including Taiichi, was found to improve the finger tapping performance of patients presenting with MCI [23]; both findings support the results of the present study. However, we found no significant difference between the two groups at the first and third months of intervention, suggesting that improvements in cognitive function cannot be attained via short-term interventions. Therefore, during the intervention, therapists should explain the delay in observable effects to encourage patients to continue with the program, ensure the efficacy of the intervention, and establish confidence in long-term training.

The community MCI intervention improved the quality of life of patients with MCI
In addition to improving patients’ QoL or cognitive function, the MCI community intervention program also focused on enhancing the psychological support available to individuals through multiple approaches. For example, by encouraging patients to participate in outdoor exercise and social activities, the program enhanced their interpersonal and emotional communication, thus bolstering their emotional and social support. Home visits and telephone counseling by community nurses could also provide support to older patients with MCI. The QoL of rural older adults with MCI can be improved by assessing the psychological status of patients to inform the timely implementation of support strategies.

Conclusion
The present study showed that a community system intervention tailored for MCI benefited patients with MCI in terms of cognitive impairment and quality of life. Despite the growth of the aging rural population in China, strategies for supporting the mental and psychological health of older adults are lacking in community health service practices. Accordingly, community care practices should implement early screening and interventions for cognitive dysfunction and aim to effectively control and reduce the progression of MCI to AD. To this aim, we suggest that healthcare professionals receive more training concerning MCI and corresponding interventions, as well as provide relevant information and emotional support to patients with MCI along with the intervention.

Funding: This research was funded by the Zhejiang Science and Technology Research Project (project number: 2014C33279).

Consent for publication: Not applicable.

Competing interests: The Authors declare that there is no conflict of interest.