Acquired Von Willebrand Disease In a Two-Year-Old With Buckley Syndrome: A Rarity

Abstract
Hyper igE syndrome, Jobs syndrome, Buckley Syndrome is a syndrome with increased igE levels and multiple abscesses in the body. Acquired von willebrand disease that is non inherited and is related to other disease processes in the body like myeloprofilertive disorders, autoimmune disorders or monoclonal gammopathy of undetermined significance. We present to you a case of a two-year-old girl with hyper igE syndrome with acquired von willebrand disease.

Introduction
Hyper igE syndrome was first discovered in the year 1966 when they discovered an association between cold abscesses in the body and dermatitis thus naming it Jobs syndrome [1]. Six years after this child with multiple cold abscesses and dermatitis were discovered by Buckley hence naming it the Buckley syndrome [2]. Acquired von willebrand disease that is non inherited and is related to other disease processes in the body like myeloprofilertive disorders, autoimmune disorders or monoclonal gammopathy of undetermined significance. About one third of the reported cases are associated with a monoclonal gammopathy of uncertain significance (MGUS) [3-5] We present to you a case of a two-year-old girl with hyper igE syndrome with acquired von willebrand disease.

Case Presentation
The patient was a two-year-old girl brought to the hospital by her mother giving a history that the child had fever for two days that was intermittent and not associated with fever and chills. She was also having recurrent epistaxis and easy bruising since a year. The patient also had multiple tender swelling on her body. There was no discharge from the swelling. The patient had one swelling on the left side of the chest right below her nipple that was approximated 6×6 cm in size. The swelling was soft fluctuant, reducible, and tender. The second one was on the right arm measuring about 2×2 cm in size and was firm nonfluctuant,tender and not tranilluminating. The third swelling was on the left forearm measuring 1×1 cm and the fourth one on the left temple. Her lymph nodes were enlarged in the axillary inguinal and cervical region. Family history was negative for this condition. The patients mother gave history that the baby has penicillin allergy. Systemic examination was normal. Routine investigations were sent. Her chest X-ray ecg and echo were normal. Von willibrand factor antigen was less than the normal range. His Complete Blood picture and immunology report are shown in Table 1 and Table 2. 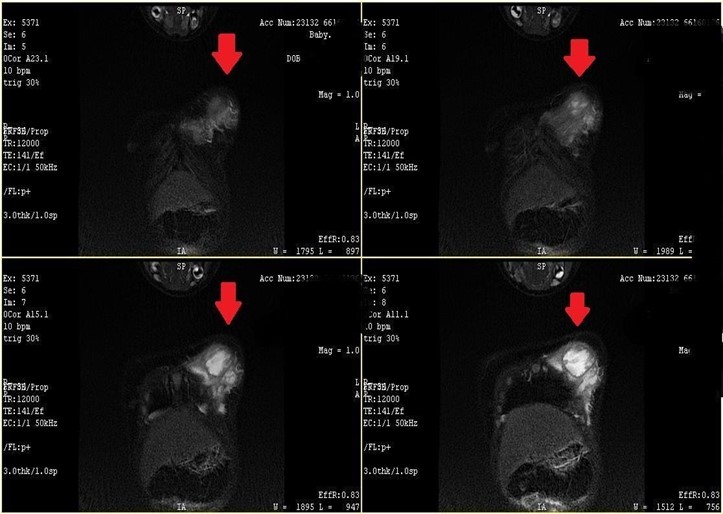 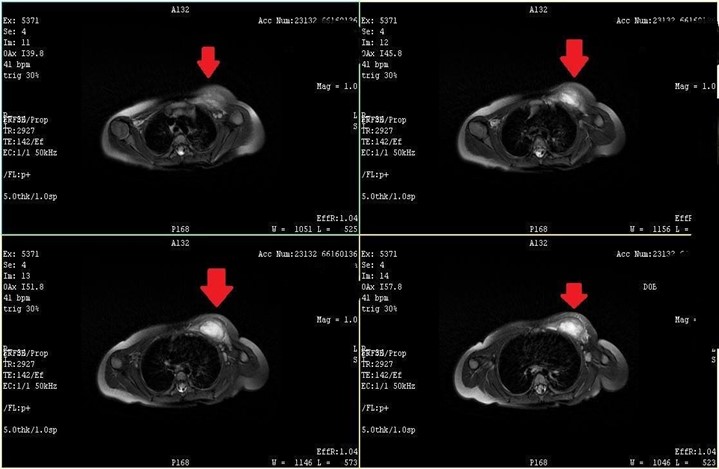 Empirically amoxicillin was started along with iron supplements for her anemia and desmopressin concentrates for her von willibrand disease. The patient recovered in ten days and was discharged and was called for follow-up after a month. Her anemia had resolved.

Discussion
Hyper igE syndrome, Jobs syndrome or Buckley syndrome has increased IgE concentrations and defective neutrophil chemotaxis [6]. Hyper igE syndrome has been studies by Erlewyne-Lajeuness and Grimbacher and recently by Freeman and Holland [7, 8]. Acquired von willebrand disease is a disease that is due to another disease process and is not inherited. Acquired von willibrand syndrome is rare, with a prevalence of 0.04 % in the general population [9]. Treatment of Jobs syndrome is antistaphylococcal spectrum antibiotics such as penicillin and cephalosporins’ [10].