Copyright: © © 2020 Alahmari A. This is an open-access article distributed under the terms of the Creative Commons Attribution License, which permits unrestricted use, distribution, and reproduction in any medium, provided the original author and source are credited.

Abstract
This case shows uncommon findings in a dead body that was part of a tragic car accident. The findings on a pan CT showed severe findings related to the crash. These findings and complications are so severe that they are not common in trauma cases together.

Case report
A 29-year−old male corpse was brought to ER after a tragic road traffic accident (RTA). The patient died in the location of the accident and emergency medical technicians (EMT) brought his corpse to the hospital. A pan CT was performed to determine the affected part and the cause of death. The CT scan showed a huge list of damaged organs and entire systems. The major trauma is affecting the central nervous system (CNS) and other systems. The air entered the CNS causing a tension pneumocephalus see (Figure 1). The air entered the CNS due to a depressed skull fracture that caused total facial bones displacement toward the brain see (Figure 2). The eye on the right side is missing and the eye pocket on the same side (i.e. right side) is displaced anteriorly see (Figure 1). The air entered the spinal canal causing pneumorrhachis and the air even entered the transverse foramina of the cervical vertebras due to basal skull and cervical vertebra fractures see (Figure 2). The entire cardiovascular system above the abdominal aorta is filled with air including the heart, ascending aorta, aortic arch, descending aorta, subclavian arteries, and common carotid arteries see (Figures 3 and 4). The injury is mainly affecting the head and neck region which allows the air to enter the CNS, cardiovascular system, and hepatobiliary system. 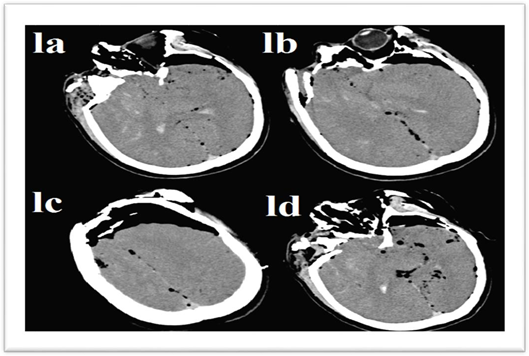 Figure 1: Tension pneumocephalus is causing partial peaking sign known as “mount Fuji sign” with midline shift because of the non-intact frontal bone and bone fragments. Air bubble sign is seen mostly on the left side of the brain and the midline. 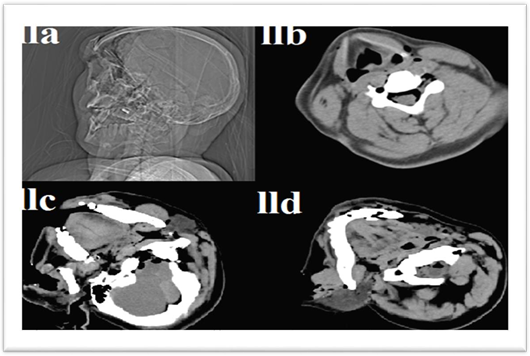 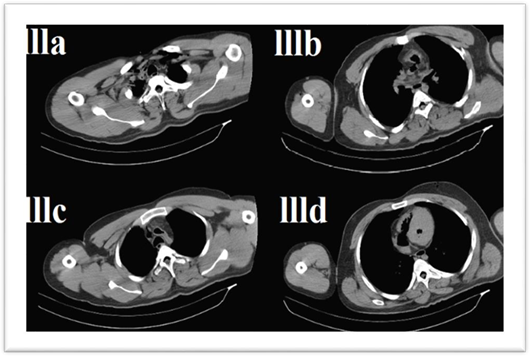 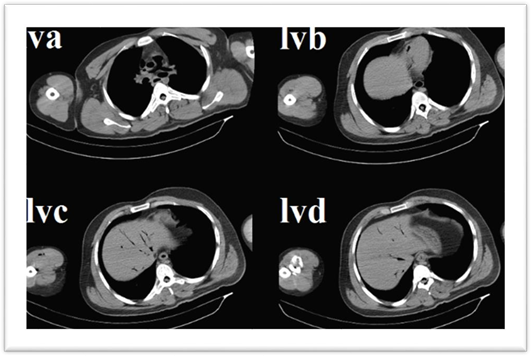 Discussion
A CT scan can detect any small air as 0.5 cm3 in the cranium. The craniofacial trauma causes 7-9% of tension pneumocephalus cases [1]. A published RTA case reported a basal skull fracture caused Pneumorrhachis as a secondary outcome [2]. Another published case of a massive head trauma led to intravascular air [3]. Usually pneumobilia denote abnormal connection between the gastrointestinal tract and biliary tract [4].